There are two files with this download; a PDF, and an EPUB file that should open on any ereader on your phone or tablet device.

I believe that 1 John was written in “code” to protect the believers from further persecution from the antichrists in their midst while clearly identifying them right under their noses. The whole assembly would have read the letter, including the antichrists, and John (by the Holy Spirit) was careful to craft it in a way to expose the darkness while protecting those who had the testimony!

Self-justified people would not identify themselves with Cain, because they do not understand why Cain was rejected in the first place! They would agree wholeheartedly with the letter, identifying themselves as the people that “practiced righteousness” and “kept the commandments.” They would believe those who “walked in darkness” and did not practice “righteousness” and were “of the devil” were those “greasy grace believers that are looking for a license to sin.” They may even say “finally, this John guy is speaking some sense!”

How do we know this? Because this is precisely how legalistic Bible readers who are enemies of the Gospel interpret this letter today!

Meanwhile, this epistle encourages believers we can know we have Eternal Life. He tells us how to know we are born of God. The testimony of Jesus Christ proves that we have the witness of the Spirit. We should not be surprised that the world hates us, and these legalists who reject the doctrine of Christ and insist on works of righteousness (like Cain) are of the world

1 John Decoded: Exposing Antichrists Right Under Their Noses -EBOOK
Rated 5.00 out of 5
Free
Name Your Price 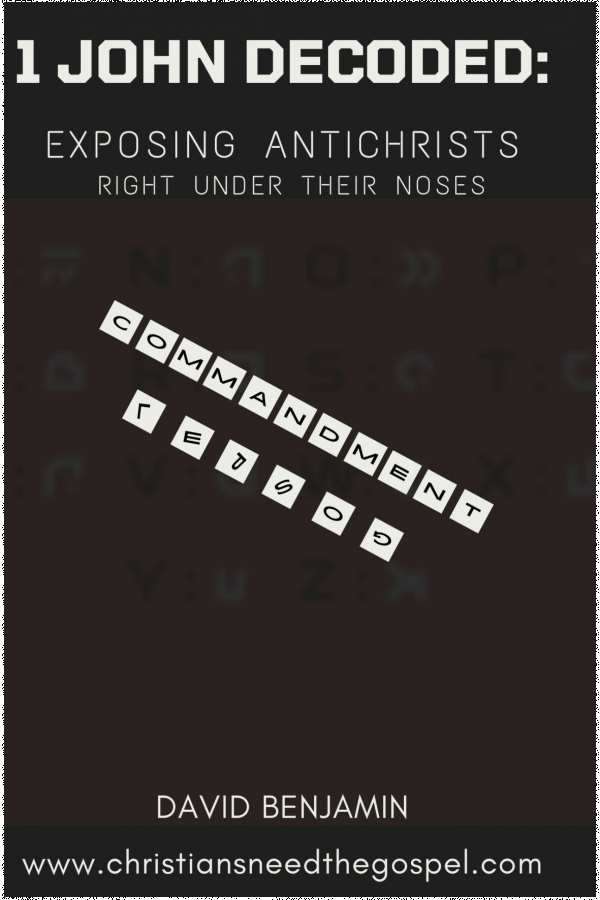